With me reading in front of the fire, a roof over my head and E, relaxing while he watches hockey on TV, we can consider the reno well under control…  I thought we could have an update on the nature channel facet of our life here. There is after all,  a life here that doesn’t involve barges, lumber and septic systems.

We missed a lot of the nature show last year with our extended vacation at the south end followed by our return to our house wrapped in plastic and plywood. We are looking forward to catching up this winter with the goings on outside our window.

In addition to the squirrel and deer who reside at my back door, I have a resident seal in front of me along with the family of eagles who live next door. The sea lions have begun to swim past us in growing numbers. Sure, its only a few now but I have every confidence that this winter we will be well entertained. With any luck you will grow tired of me talking about rafting sea lions and pods of Orca.

The next door eagle, who last we saw in July fishing on the rock below us, returned last weekend. 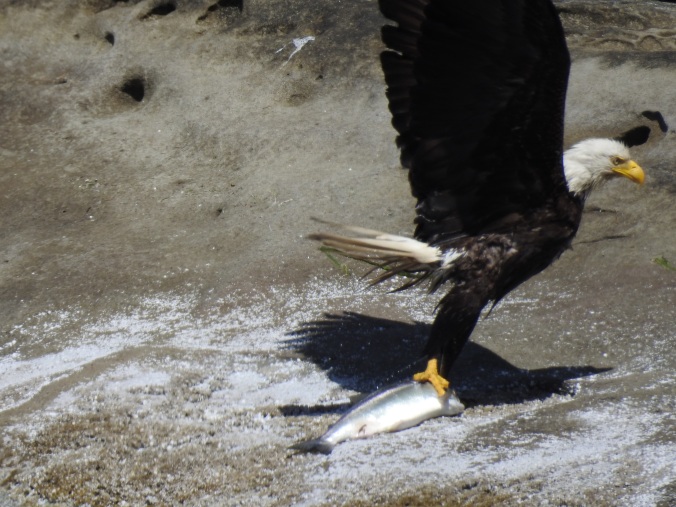 There are five eagle nests on the island. The perimeters of the island are well and truly defended when the eagles stand at their posts watching the comings and goings in the water.. The tallest trees at each corner of the island host an eagle on watch throughout October to July each year. In the summers,  the eagle’s head to the rivers to hunt for spawning salmon.

Our friend Dave keeps track of the dates year by year when the animals do their thing. He has a record of a variety of events. He has the dates over the years when, he first heard the frogs in the pond (they are silent in the winter) , when the hummingbirds returned and when the eagles came back. I asked him if the return of our neighbour last weekend was a usual date.. He responded with his records..

Eagles return to the island

I haven’t read a book since last November. If I was left unsupervised I would read all day every day and virtually accomplish nothing else. If I have other pressing matters which I have had since February.. I just can’t pick up a book.. My daughter, like my Mother before us, is very much like me and when she comes here it is her time to read. Last spring she was here 7 days and read five books.

This week she brought the new Louise Penny book, Glass Houses with her. Proving that I am so comfortable with how the reno is progressing…. I picked up the book and have 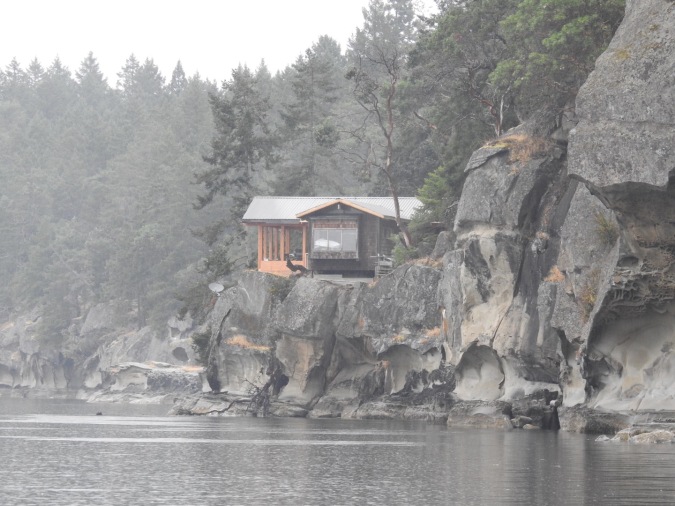 14 thoughts on “started to read”