I will be brief.
We started our day at 7:3o with final site preparations. Our friends arrived at ten. Fourteen of them!

Over the last three days, E and Craig had built the forms under the existing house and reinforced them with rebar. This morning, jobs were divided up. Everyone had a part to play. There were those who shovelled navvy jack, those who mixed the cement, those who carried cement filled buckets on dollies to the house and those who tipped the cement into the trench which surrounded the underside of the original house.

Jan and Craig began the pour at the front of the house on the cliff edge. 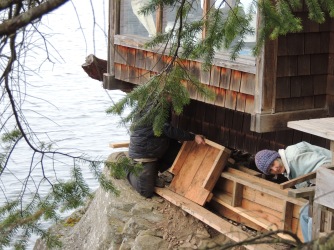 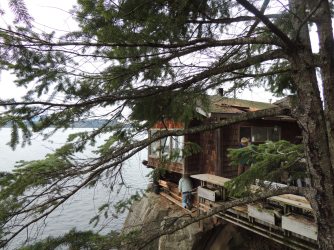 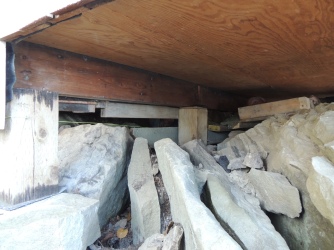 To summarize…. the people on this island are awesome, we now have foundations and we are all exhausted

8 thoughts on “are all exhausted”