Last Sunday my back put a halt to all of  the one handed heavy lifting (trees, logs, rocks) and cried  “no more!” I accepted the command, put my Jammie’s on and read for four days.

Sunday I read the Captains wife. It was based on the true story of a woman who navigates her husbands merchant schooner around the Horn in 1850. Her husband, the Captain had taken ill and the first mate as in leg irons after an attempted mutiny. The book was a quick read, pleasant enough. Something your teen daughter might like to read on the cabin deck in the summer.

Monday, I read the latest in the Stieg  Larsson Millenium series. It was very good. The ghost writer taking up the pen for the late Mr Larsson has a much less violent attitude when writing about his dragon tattooed heroine.

Tuesday, I tried to get through a terrible book by Vince Flynn. I gave up when I realized I had put it down to look at gardening magazines more than I had picked it up. I think I am finished with the “ass kicking American undercover operative saving the world by breaking all the rules and shooting whoever gets in his way” kind of hero. I prefer my slightly flawed Inspector Gamache from the Louise Penny books or Kurt Wallender of the Henning Mankell series.  Highly recommend them both.

Wednesday I read a John Grisham book, Rogue Warrior. It was excellent. I haven’t read a Grisham in years and I thoroughly enjoyed my day with his       writing.

Thursday, I couldn’t stand another day indoors so tried my back with a little raking and a burn pile. E split all the wood we brought from up top last week. It felt good to get something accomplished after four days in my jamies by the window..

Alas, this morning my back has said again, “rest”. So I am in my chair by the window and have another Grisham novel on my lap. When I start a book I do nothing else until it is finished. It is one of my many flaws. So, not much will get accomplished today as I rest my weary bones and read. But that is just 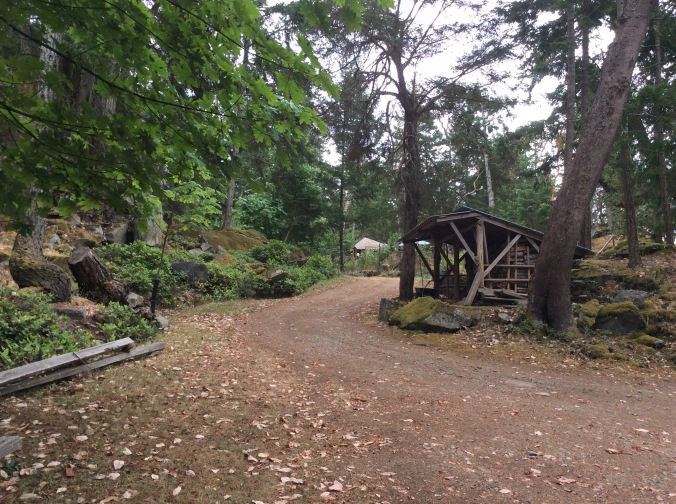